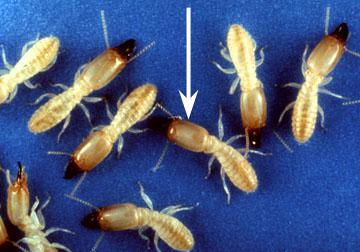 Formosan termites have been transported all over the world from their native range in southern China. Their range has expanded to include Taiwan, Japan, South Africa, Sri Lanka, and even the continental United States. These termites have the potential to cause severe damage to structures and possessions. Here are a few tips for preventing termite infestations. The first step is to learn as much as you can about the species. This pest’s life cycle is similar to that of other termite species.

Formosan termites prefer warm climates and are heavy in southern states. They are an introduced subterranean termite from East Asia and are expected to expand their range throughout the country. Researchers predict that they will eventually invade the entire country. Here are some ways you can prevent or deal with Formosan termites. Once you have identified them, they can be eliminated. If you’re worried about their spread, be sure to inspect the entire property.

Formosan termites live in enormous underground colonies and have up to 350,000 workers. They attack structures by means of mud tubes and will sometimes build secondary carton nests above the ground. These nests are made of wood and soil cemented together and containing termite feces. Formosan termite infestations are more common than other Subterranean species and account for more than 50% of structural infestations in Honolulu.

Formosan termites feed on the softer part of wood growth rings. When a colony grows too large, they can ruin a building in three months. With up to ten million tiny creatures living in a colony, it’s impossible to completely eliminate the Formosan subterranean termite. In this regard, red eye monitoring stations are an excellent option. They will tell you if termites are feeding on the wood.

While treating Formosan termites in the soil is not an option for all homes, it is the best way to prevent them from damaging your property. Pesticides are used to treat the soil around a structure to kill any termites. This method of controlling formosan termites also involves fumigating the home. Residents may need to evacuate the home while the treatment process is underway. But before a treatment is chosen, make sure you understand what it is going to involve.

If you suspect you may have Formosan termites in your home, the best way to prevent them is to prevent the colony from swarming. Although they do not cause structural damage, the presence of swarmers can help you determine whether you have a termite infestation. A termite swarm is a sure sign of an infestation. It can also tell you whether you have a colony of this pest.

Formosan termite colonies are composed of three castes: workers, alates, and soldiers. The workers make up the majority of the colony and are responsible for the acquisition of nutrients. Soldiers and reproductives are the most important ones to identify. Besides, the queen is responsible for laying about a thousand eggs a day. If you suspect that Formosan termites are in your home, you should contact your local pest control company as soon as possible.

Although Formosan termites are not native to Louisiana, their infestations cause hundreds of millions of dollars in damage annually. New Orleans alone suffers $100 million a year from Formosan termite infestations. In Louisiana, formosan termites are one of the most common insect pests and cause hundreds of millions of dollars in property damage each year. They also have the potential to cause substantial economic losses in areas newly introduced to the country.

Formosan termites feed on a variety of wood types, and they produce hundreds of eggs a day. They are also capable of chewing through insulation boards, thin copper and lead sheeting, asphalt, and plaster. Even some plastics and thin sheets of metal can be chewed through by Formosan termites. As a result, Formosan termites should not be ignored. This species can easily go undetected unless they are causing damage to your property.

Formosan termite soldiers have egg-shaped heads and tear-drop shaped bodies. They are more aggressive than subterranean termites. Soldiers release a white defensive secretion when disturbed and are also capable of attaching themselves to a human finger using their mandibles. Soldiers make up approximately five to 10 percent of a colony. It is important to note that formosan termites are not native to Florida.

Ask Us About Sentricon